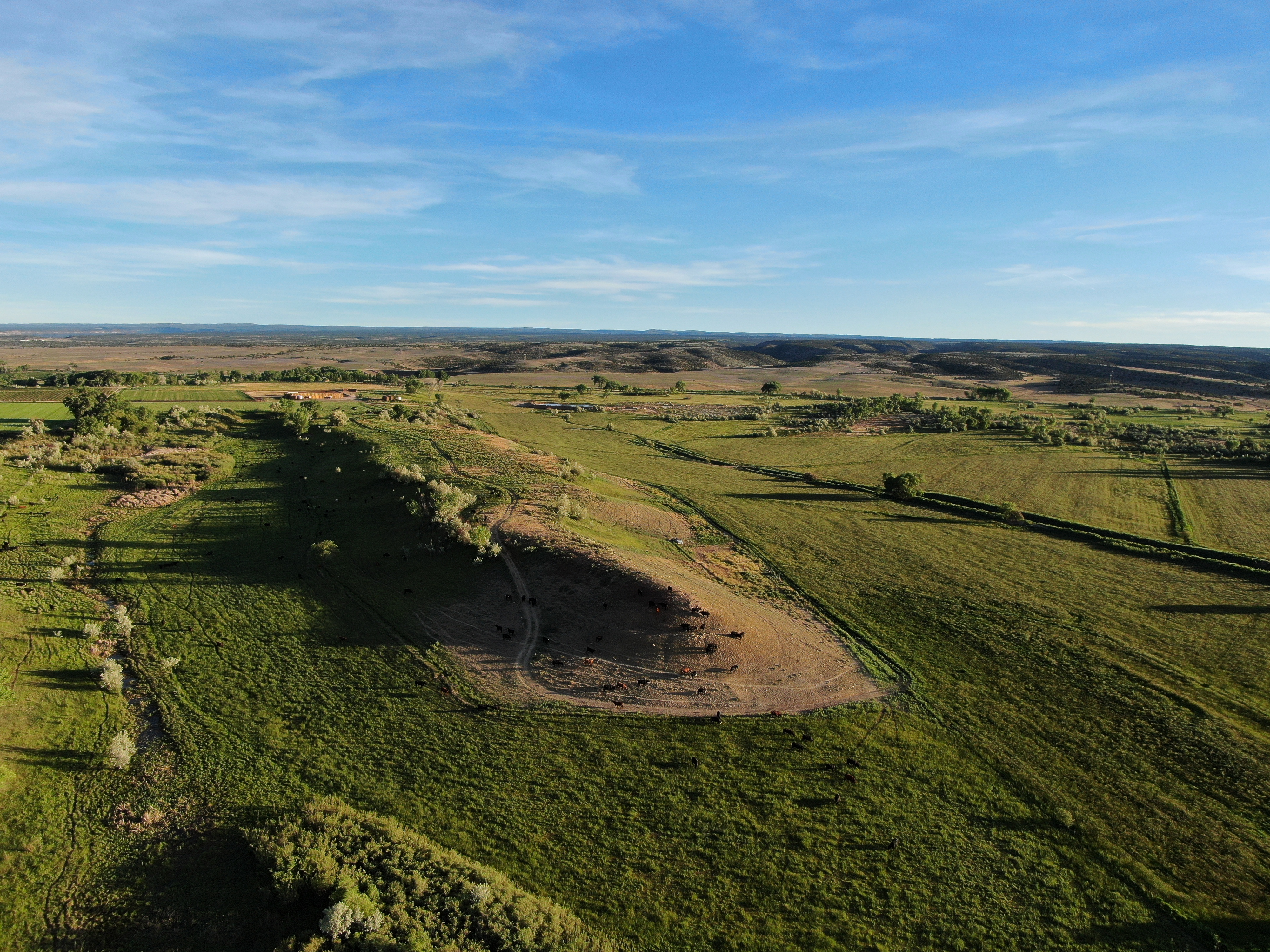 Anyone who has studied land values can tell you that typically there is more value per acre to a smaller parcel than a larger parcel. A 20-acre parcel with a water tap or well and good driveway access might sell for $12,000 an acre, while the 400-acre ranch across the road may sell for $8,000 an acre. The law of supply and demand says that more people can afford the smaller parcel and are consequently willing to pay a higher per-acre price for it. This tempts a seller to split up his property when bringing it on the market. But there may be a better long-term strategy—sit on the land, farm it, hunt it, and let it appreciate in value over time.

Sometimes land is more valuable as a large parcel

However, there are many occasions when a large property brings a higher value as a whole than it would be “split up”. We have seen many occasions where property owners subdivided a piece of grazing land, ranch land, or hunting property, and it brings a whole bunch of headaches to everybody. We know of many examples where the speculators spent a lot of money on surveys, engineering, water lines, and roads, only to have the development fail to sell. We’ve seen buyers come in and re-assemble the split-up ranches and bring them back to their original purpose as a hay farm, grazing land, or hunting property. Ultimately splitting up the land was a bad idea and a big waste of time and money.

If you’ve ever irrigated a large parcel, you know that it’s much easier to get the ground wet when you have a large head of water to create flow. A rancher with two cubic feet per second of water, for example, can direct all the water to an 80-acre field and get it covered quickly. If that same field were subdivided into eight 10-acre parcels with the water split between each parcel, not only would it create an irrigation nightmare, with neighbors squabbling over whose water goes where, but no one would be able to irrigate as effectively as the original large parcel.

The same goes with hunting land. It may be true that whitetail deer will stick around on a 40-acre property in Kentucky or Iowa, but that certainly isn’t true of mule deer and elk. One ATV grinding up the mountainside can cause elk to put five miles in between them and that noise. A well-managed 1,000-acre parcel can provide excellent hunting, while the same land fragmented with 25 40-acre parcels, cabins, and roads will never provide the same hunting opportunities as before. In many Western states, landowners are rewarded for keeping properties intact by awarding them landowner hunting licenses. In Colorado, for example, a landowner who owns over 160 acres can apply for coveted landowner deer and elk licenses. A deer tag in a trophy unit can be re-sold on the open market for $5,000 or more. A landowner with several thousand acres can reap big rewards just on selling hunting tags.

In some markets, large properties actually command a premium because they’re the only ones left. In particular, “transitional properties” that sit in the path of development can be highly prized for large-scale development of new factories, airports, or mixed-use commercial and residential development. Management of large properties is critical. It can be challenging to fend off trespassers who want to run their dogs, leave litter behind, and leave gates open. Even if it’s just vacant ground, land has to be maintained. However, in the long run, land as a pure investment strategy can be a good one.

If you’re looking for high-yield annual returns in the 10% range, land is probably not your best bet. Apartment buildings might be a better strategy. Cash rents for productive ag land usually don’t average more than 3-5%, at best. However, land is a quiet investment. Historically, year over year, land appreciates in value. Think of all the good deals you passed on over the years. Everyone can recall a piece of land that they could have bought 20 years ago. Just the other day I talked to an old-timer in Paonia who pointed to a 40-acre parcel with a home that sold for $21,000 back in the early 1990’s. It’s worth well over $500,000 today. Statistically, land appreciates at a 7-10% rate over time, depending on the market.

Land banking can be a solid investment strategy, but there are some pitfalls. Colorado’s tax structure is very forgiving for annual taxes on agricultural land. Taxes can be as low as a couple hundred bucks for a sizeable chunk of land. But if you aren’t grazing livestock, raising hay, or picking fruit off that property, taxes can be very high. Vacant land taxes can be many multiples higher than ag land taxes—enough to prompt an investor to either start developing the land or cut his losses and sell. Again, a large tract of land can ultimately be easier to manage than several smaller tracts, and the agricultural tax status is easier to defend and makes the investment more lucrative over the long term.

Gary Hubbell, ALC, is the managing broker of United Country Colorado Brokers & Auctioneers in Hotchkiss, Colorado. A member of the Realtors Land Institute, Gary is an Accredited Land Consultant. His website is www.uccoloradobrokers.com